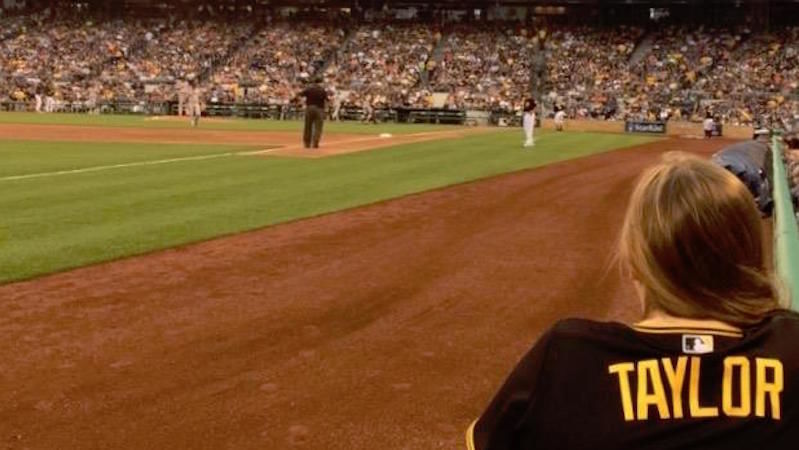 One of the four internships Beaver business major Taylor Myers has completed in the past three years was with the Pittsburgh Pirates guest relations team. She attended every home game to troubleshoot guest complaints and monitor social media accounts.

She’s spent her career climbing the corporate ladder at multiple big-name companies, including Foot Locker, GNC, Dick’s Sporting Goods and Petco. So Myers, a Penn State Beaver business major, knew that if she wanted to do the same — and she does — grades alone wouldn’t be enough.

“I knew I’d need to be involved to stand out,” Myers said.

And in a few shorts months, when it comes time to apply for her first full-time job, stand out she will. Because, though she only recently began her senior year, Myers has already completed four internships.

The summer after her freshman year, she worked at the Make-A-Wish Foundation in Pittsburgh and spent much of her time in development, writing thank you letters to donors.

During the spring semester of her sophomore year, she headed to Florida to take part in the Disney College Program. She worked nearly 55 hours per week and took a full load of college courses through Penn State World Campus.

“I was so busy, but I would do it again,” she said. “Disney was the first time I lived away from my family. It’s where I found myself.”

In the spring of her junior year, Myers joined the Pittsburgh Pirates guest relations team and worked every home game at PNC Park, troubleshooting guest complaints and monitoring social media.

And this past summer, she traveled with Eat’n Park Hospitality Group, creating brand pop-up experiences at events throughout southwestern Pennsylvania and eastern Ohio.

“That’s the internship where I learned the most,” Myers said. “Eat’n Park is where I found out what I want to do.”

And what she wants to do is event planning.

To those who know her, this career path isn’t a surprise. Myers is involved with a capital — and bolded, and maybe italicized — I. At Beaver, she’s served as the THON co-chair, the Business Club vice president, a Student Government Association representative, and a resident assistant. All that while working the early morning shift at a local donut shop.

For a stretch last spring, Myers regularly worked from 6 to 10 a.m., went to class from mid-morning to 3 p.m., and worked the Pirates game from 4 p.m. to nearly 11 p.m. By the time she returned to Beaver County, it was often after midnight.

She laughed at the suggestion that she was over-scheduled.

“I get bored easily,” she said.

But, if by some chance, she has any down time, she’s managed to fill it with a hobby — perusing job postings and salary ranges. She wants to be prepared when that first job offer comes. And she’s hoping that first job will take her away from her comfort zone. That is to say, away from Pittsburgh.

If she does leave the area, it will be just another way she’s managed to follow the path her mother has modeled for her. Two years ago, after raising her family in Washington County, Myers’ mother moved to San Antonio for a job.

“I love Pittsburgh with all my heart, but I want to go,” Myers said. “I think there’s so much to explore.”