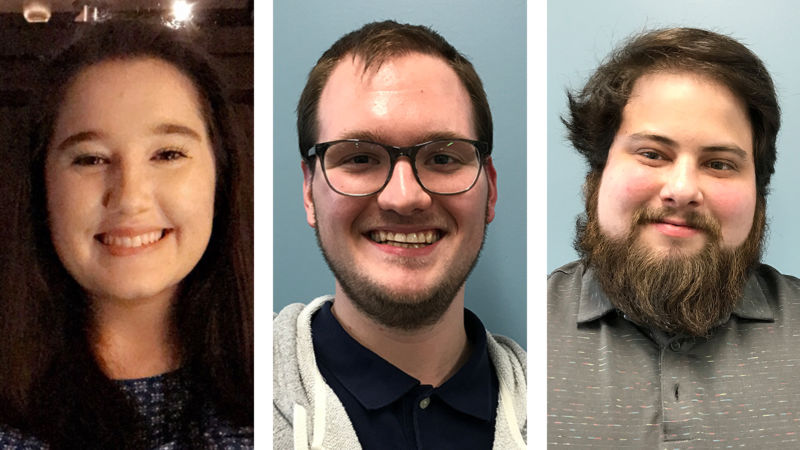 Three members of The Roar staff were given first place in the 2019 Student Keystone Awards for their coverage of a tragic event on campus in December 2017.
By: Kristen Doerschner

Some of the best journalism can come from the worst circumstances.

This dichotomy was on display when it was announced that three members of The Roar staff won first place in the 2019 Student Keystone Press Awards for on-going news coverage. The Roar is Penn State Beaver’s student newspaper.

The students won for their package of three stories, “Shattered by violence,” in response to the shooting death of Bistro chef Lesli Kelly Stone on campus on Dec. 13, 2017.

The staff of The Roar had to cover a tragedy involving someone they knew, a beloved member of the Penn State Beaver community.

“Each of these reporters knew Lesli personally, and so I know it was difficult and emotional for them to cover this story,” Roar adviser Dan Pinchot said.

Griggs reported on the events that occurred the day of the shooting.

“I knew that it would be intimidating, but I didn’t really understand how hard it was going to be until I did my first interview with (former public relations director) April Johnson, because I had the news portion of the story,” Griggs said. “I had to go over the details of the crime, and I learned things many other students didn’t know.”

Griggs, like the rest of the reporters, was surprised by the win.

“This is a bittersweet honor because the circumstance that the students had to report on were absolutely traumatic for everyone on campus,” Pinchot said. “But at the same time, I’m so proud of how sensitively and professionally our student reporters handled this situation, and I’m sure that’s a big reason why the Keystone Press Association chose to honor them with this first-place award.”

“It was very humbling,” Rotondo said of the award. “When we did the story, I didn’t think any of us ever thought about awards. We just wanted to do right by Lesli.”

Rotondo, who graduated in the spring of 2018, said that as he was working on his part of the story, which focused on Stone’s life, he wanted to make sure to cover it with the “utmost respect. … I think we just wanted to let her legacy stand on its own.”

Stern’s story was on domestic violence, and he said he didn’t have to get as personal with the tragic event as Griggs and Rotondo did.

While was excited to win a Keystone and glad their work was recognized, Stern called the honor “bittersweet.”

"I'm really proud of our students. They took a very difficult subject and treated it with respect and professionalism,” Roar adviser Cathy Benscoter said. “Because we're not a daily paper and we didn't publish until nearly two months after the shooting, they were able to give some perspective and show a lot of sensitivity to the campus community. This sort of topic is difficult for professional journalists to cover. The fact that these students covered it so well shows a great deal of maturity."

Rotondo said in a way he wanted to help bring a sense of closure to the situation. “I hope we were able to do that,” he said.

This is the first writing award The Roar has won. It follows several awards over the past 10 years for design and cover illustration.

The awards were handed out at a ceremony in Hershey on April 3.

The stories can be read online at https://issuu.com/pennstatebeaver/docs/2018march-roar/2. 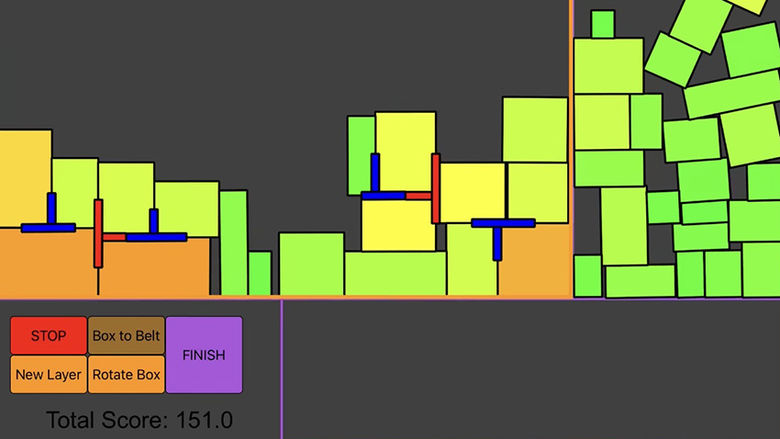