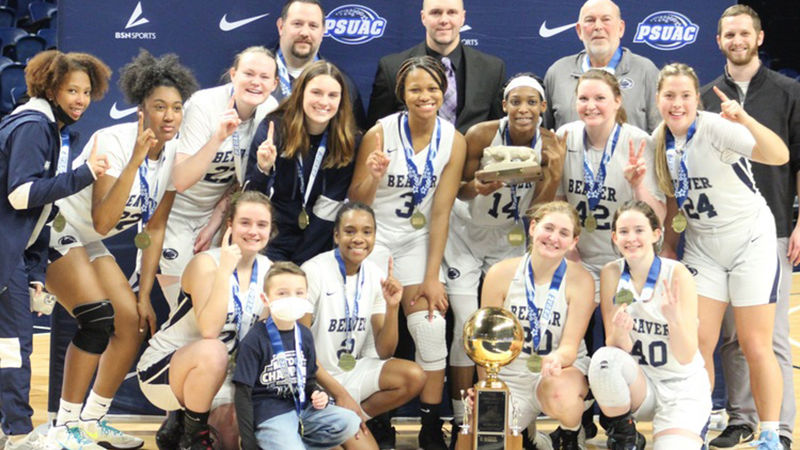 “It is nothing short of amazing the success these young women have had both in the classroom and on the court,” Penn State Athletic Director Andy Kirschner said. “Not only did they win their ninth PSUAC Championship, but they also finished the fall semester with a team GPA of 3.52.”

Leading the team in the championship game for Beaver was senior Jimya Chambers who scored 15 points, had 10 rebounds, two assists and one steal. Seniors Alexis Cross, Emily Keener and Mikayla Womer all scored nine points for the Lions in their team victory. Sophomore Arbri Gillis scored 10 points for the Lions as well.

“The success of this program starts with coach (Tim) Moore. He has been an outstanding leader of this team,” Kirschner said.

The Lady Lions are competing in the USCAA Small College National Basketball Championship March 7 to 11 in Richmond, Virginia. The first game is March 7 against Five Towns College.