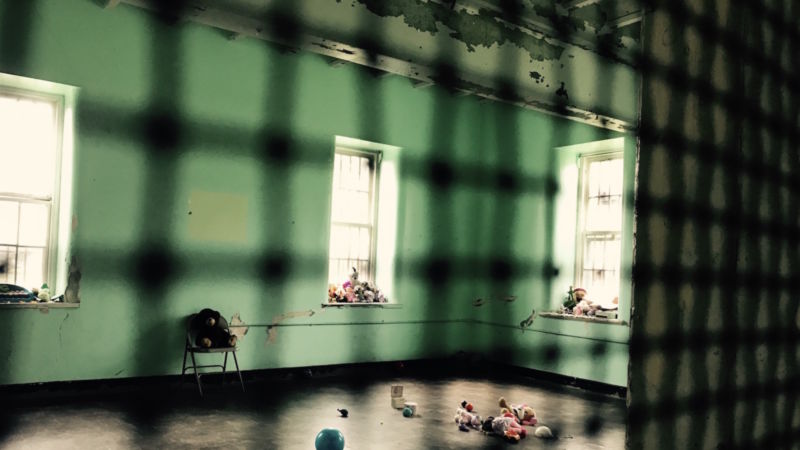 Assistant Professor Marissa Mendoza took her History of Psychology students to Weston, West Virginia, where they toured the Trans-Allegheny Lunatic Asylum and watched research and lectures come to life.
Trip to asylum brings history to life for psychology students

Nick Chagnon turned the corner on an upper-floor hallway and jumped. There, leaning against the peeling, seafoam green paint, was an enlarged photograph of a man with electrodes taped to his temples and a rubber mouthpiece tucked between his teeth.

Chagnon took a step forward and leaned in to study the black and white image.

“That photo is in my presentation,” he said.

Chagnon, a senior psychology major at Penn State Beaver, was slated to give a 15-minute presentation on electroconvulsive therapy (ECT) to his History of Psychology class. The research required for the presentation led him to sift through decades-old papers and photographs and to watch videos of patients twisting and yelping as electricity courses through their bodies.

But Chagnon’s professor, Marissa Mendoza, knows that sometimes, despite the research, the reality – and tragedy – of dismissed or transformed psychological treatments like ECT, hydrotherapy and lobotomies can still be viewed from a comfortable distance.

So she does what any good teacher would do – she forces her students to stare right at that reality. In this case, that meant a trip to the Trans-Allegheny Lunatic Asylum in Weston, West Virginia.

It was once the site of Weston State Hospital, a psychiatric hospital built on the theory that architecture and atmosphere could help to ease symptoms of the mentally unstable. It was finally shuttered in the mid-1990s as the philosophy of psychiatric care went through a mini-revolution.

But the building – a sandstone behemoth – still stands, and, a week ago, Mendoza drove seven of her students south to tour it.

Halfway through the tour, in a wing that once housed the most violent female patients, was the photograph that made Chagnon jump with recognition. And in a room just beyond that photograph was a bed, a stool and a cart with all of the tools for an ECT session.

We live in a country where new and novel is treasured and history is often forgotten or demolished. Such was the case with Dixmont State Hospital, a facility that once stood just a few miles down Route 65 from the Beaver campus. Like Trans-Allegheny, its construction – which allowed for the flow of fresh air and ample sunlight – was conceived by Dr. Thomas Kirkbride, founder of the Association of Medical Superintendents of American Institutions for the Insane.

Dozens of sprawling, palace-like structures were built according to Kirkbride’s plans, but Trans-Allegheny is the only one left standing. Dixmont was demolished in 2006 to make way for a Wal-Mart, which never materialized.

The owners of Trans-Allegheny have taken the opposite approach. They use funds from historical (and, yes, ghost tours) to fund the renovation of the facility. Two floors of the main structure have now been rehabbed and staged to look as they did in the hospital’s heyday, complete with empty vials and yellowing books.

The remaining grounds are still victim to the whims of weather and time. Paint peels. Water pools. Ceiling tiles fall.

It makes the tour eerie, of course, but also more tragic. As one of Mendoza’s students lamented, “She said this was supposed to be relaxing; a treat.”

It was really another lesson in the History of Psychology, sandwiched between twin, two-hour drives.

But they got it. Cell phone cameras at the ready, the students weaved through empty hallways, old seclusion stalls and abandoned treatment rooms. Occasionally, just for the sport of it, Mendoza broke away from the group, hurried ahead of the group and stationed herself behind a broken window or in a rickety chair. The students, after double takes and screeches, laughed and shook their heads.

Back in the classroom, three days after the tour, Chagnon is standing at the front of the classroom, queuing up a video of an ECT patient receiving treatment. He gives his classmates a quick warning – it’s not easy to watch.

They seem unfazed. After all, these students – seniors Aimee Jones, Kaitlyn Humberston, Chelsea Zagorski and Casey Briones, and sophomore Grant Fisher – have already watched a lobotomy video (they mostly covered their eyes) and toured an asylum. How could this possibly be worse?

In the corner, as Chagnon presses play, Mendoza grins. 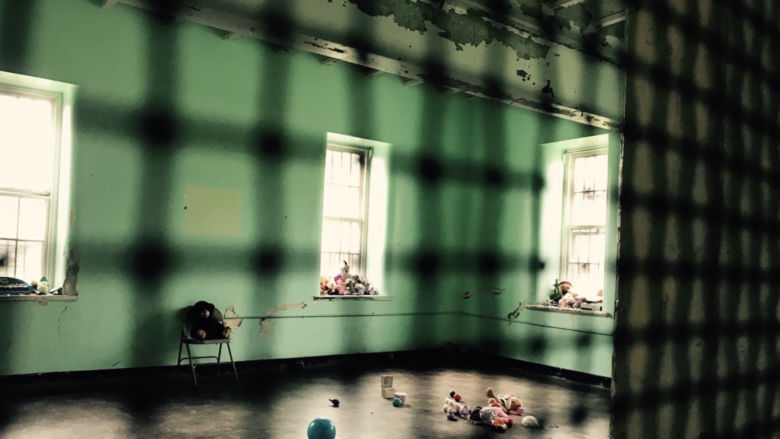 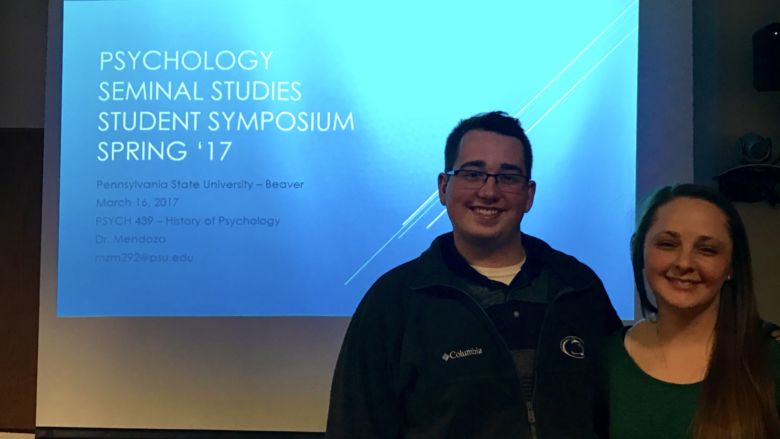