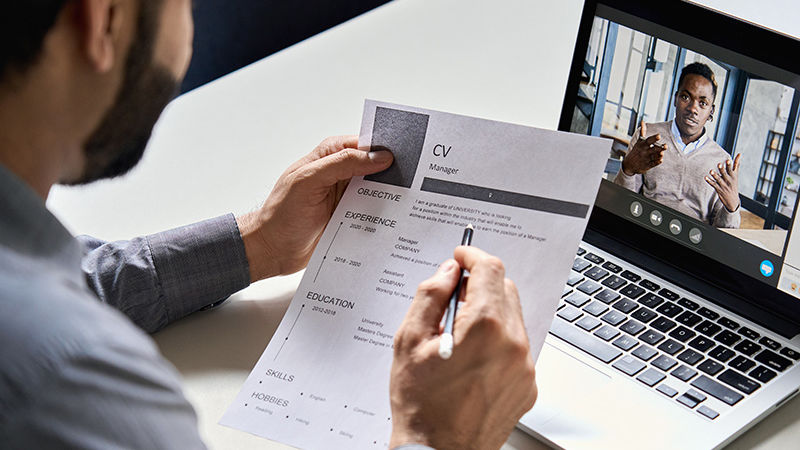 Dr. Seth Powless, an assistant teaching professor of business at Penn State Beaver, has been awarded a grant from the Schreyer Institute for Teaching Excellence through their Teaching Transformation and Innovation grant program. Powless is using the grant to give students equitable access to technology into his classroom.

He also realizes there is an equity problem when it comes to giving students those experiences.

Powless, an assistant teaching professor of business at Penn State Beaver, has been awarded a grant from the Schreyer Institute for Teaching Excellence through their Teaching Transformation and Innovation grant program. His grant proposal was “Using Learn-Technology-By-Doing Approaches in the Applied Mediated Business Classroom.”

“You can read about dissection, but you learn by doing,” Powless said. Researchers and professors began applying that concept to other areas of education such as the social sciences and business. "For example, Powless said finance classes have had students engaged in live trading, realizing gains and suffering losses leading to real-world experience."

This year he’s applying the learn-by-doing approach to his human resources class.

"Human resources has pivoted large facets of the work to remote," Powless said.
“Big companies are firing through email and Zoom, some by mass terminations. It’s not funny, but it’s the world we live in. Do students have the experience to handle it?”

Students are mired in technology and have developed what Powless refers to as “tech eyes,” where they are often looking down at their phones, focusing on backgrounds and looking around. It’s something they must be more cognizant of in the professional world.

Powless was awarded the grant money to buy six Chromebooks with cameras and microphones to ensure his students have equitable access to technology. He said most students have devices, but there’s no consistency in terms of the quality of those devices, and at a campus like Beaver where there is socioeconomic diversity there can be disparities.

Topics covered in Powless’ class will include hiring, promotions and job fair processes, all from a remote, online perspective. He gave the example of creating an online job fair. “If I’m the recruiter I’ve got to have my A game on. I’ve got to sell. I've got to be able to rock 'n roll remotely, or I will lose attention." he said

Powless has redesigned his class to change the student learning assessments and has built in small group work using applied technology to take students through the recruitment and hiring process.

Powless said learn by doing can be used across any curriculum. He said last year when he taught Project Supply Chain Management, he had his students do what he calls “sandboxing,” basically playing to get comfortable before applying that practice to lessons.

This year Powless is pilot testing the learn-by-doing concept in human resources with the addition of the technology to address equity issues, and he plans to present his findings to more commonwealth campuses as a model other professors can use.